Learn about the best practices on setting up the In/Out device on court!

Here is a perfect end result of attaching the device on a net post: 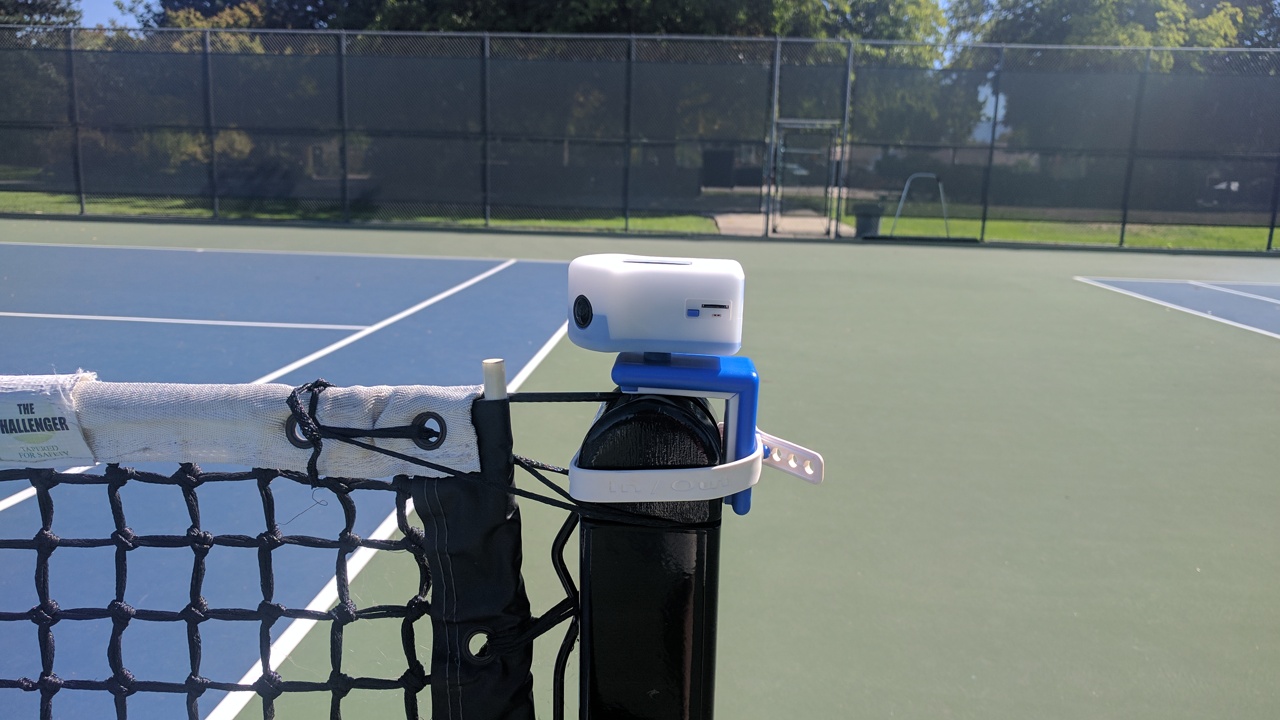 Important Tip: The screw is designed to rotate forever. Once you feel some resistance when screwing, just do one more turn. The free rotation of the screw enables to adjust the angle of the device to cover both half courts. 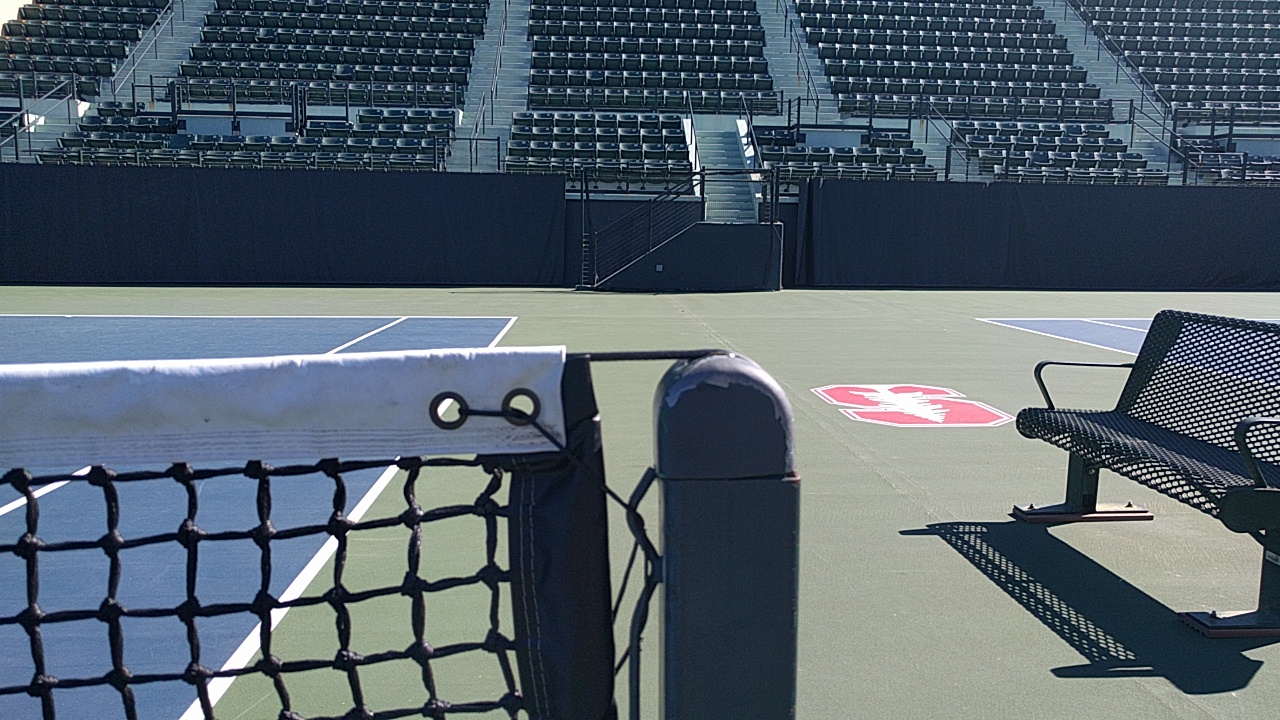 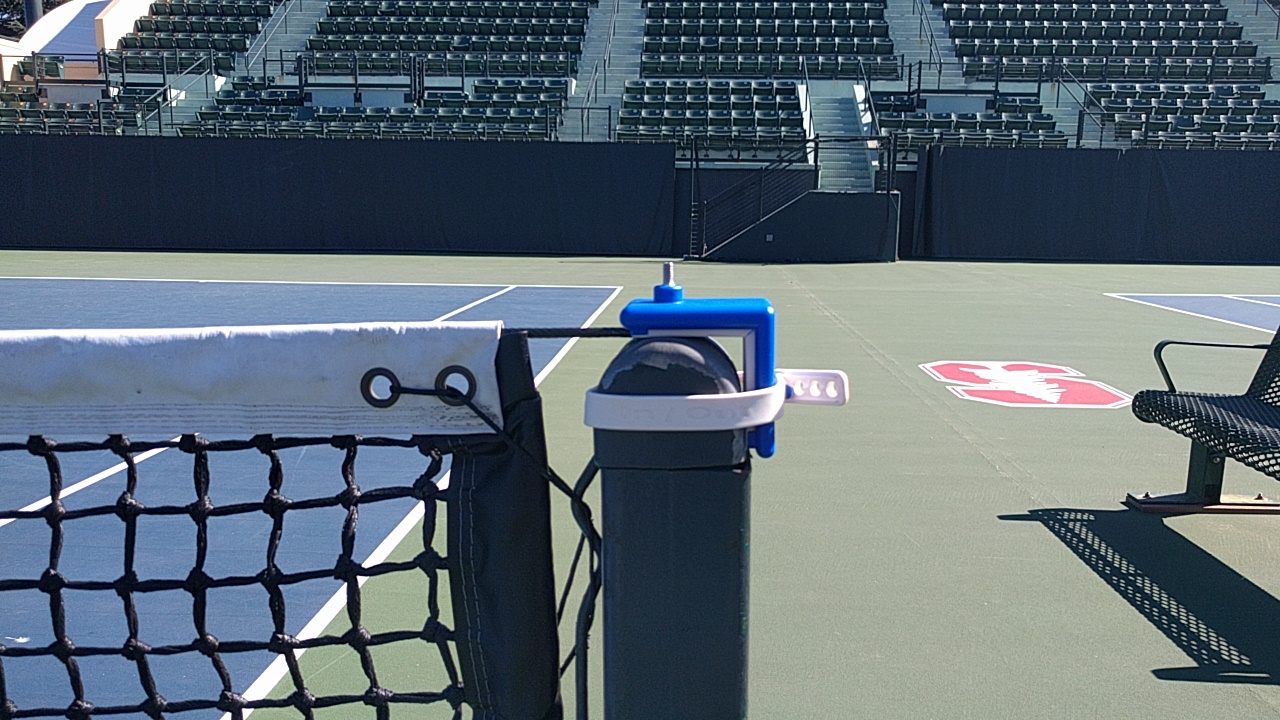 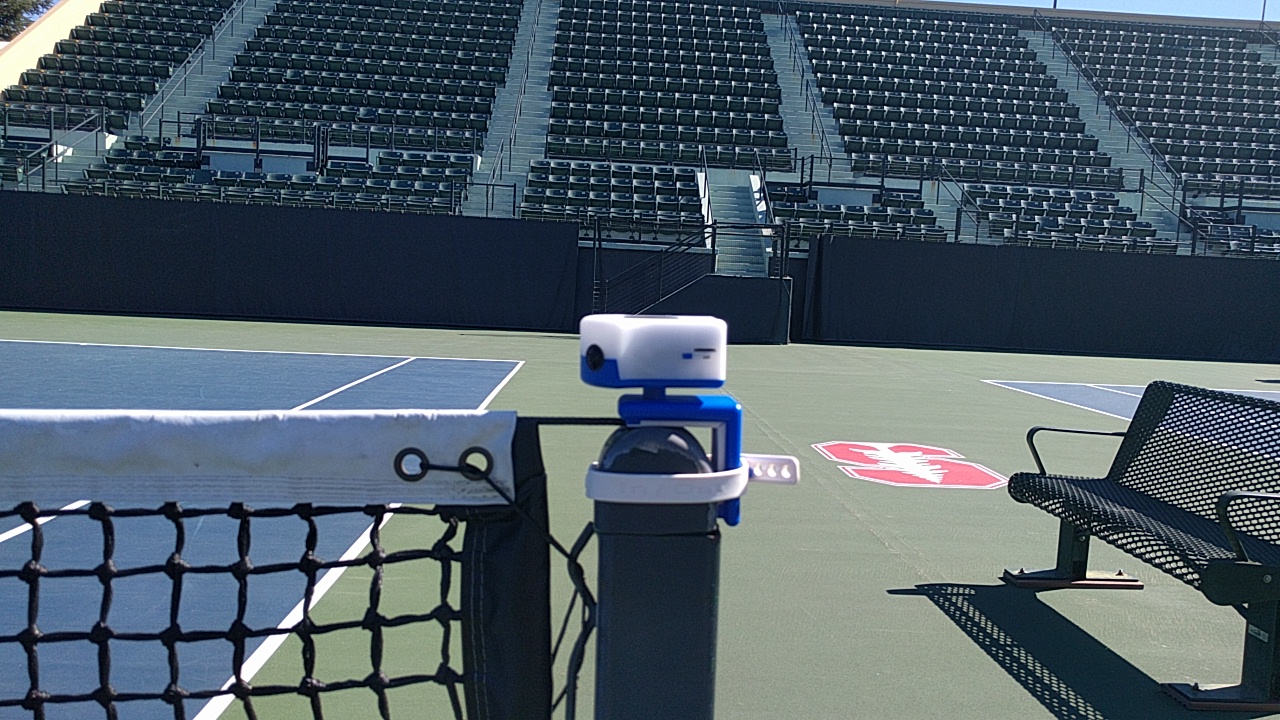 Here is a second example. Remove any other accessory of the net post before proceeding. 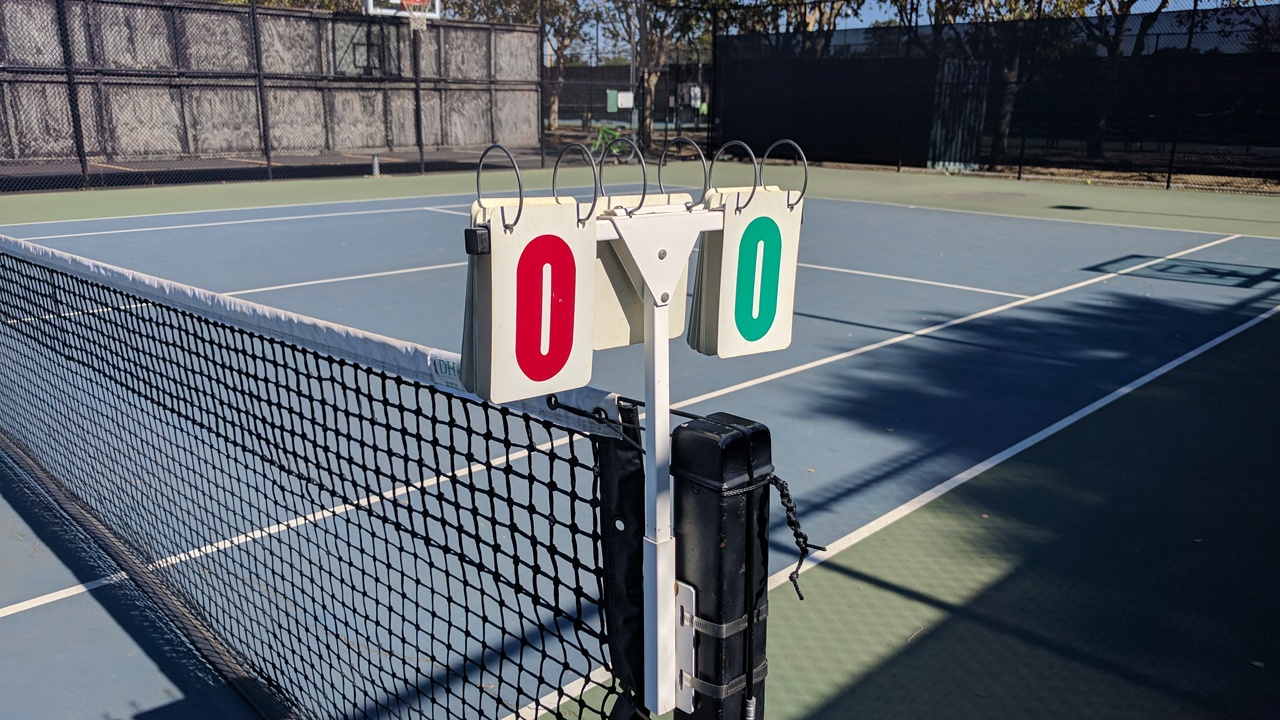 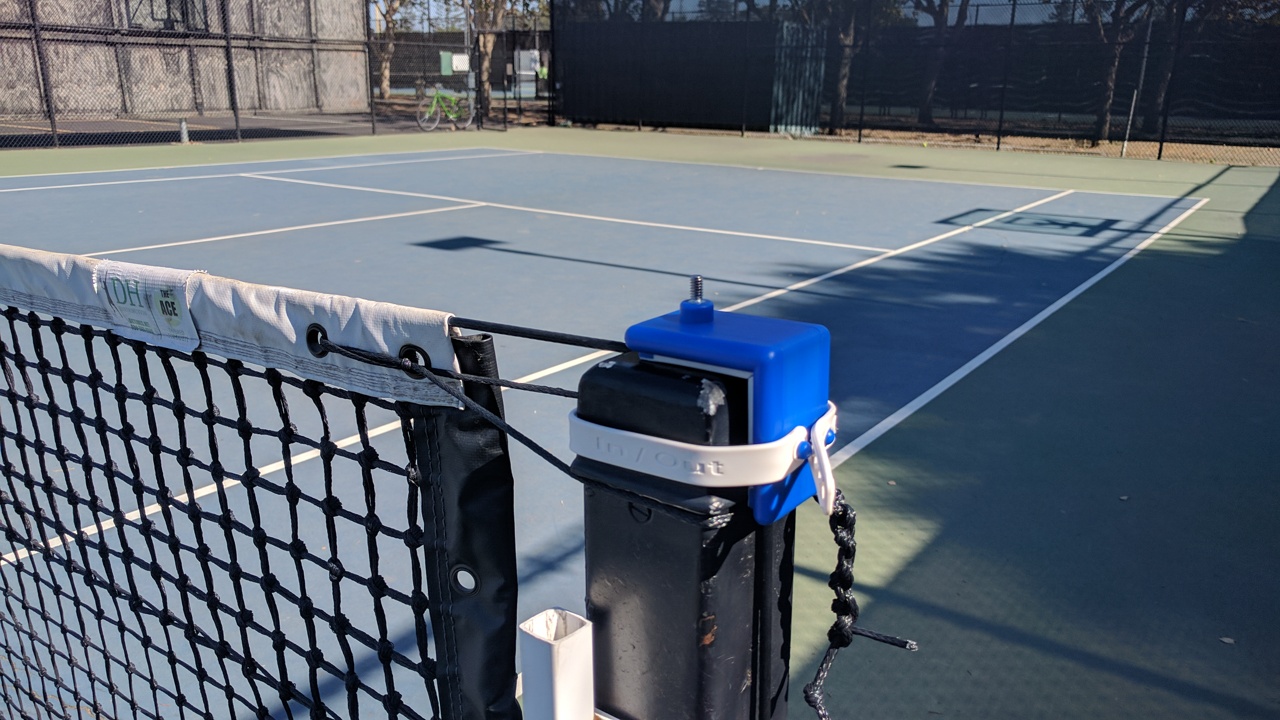 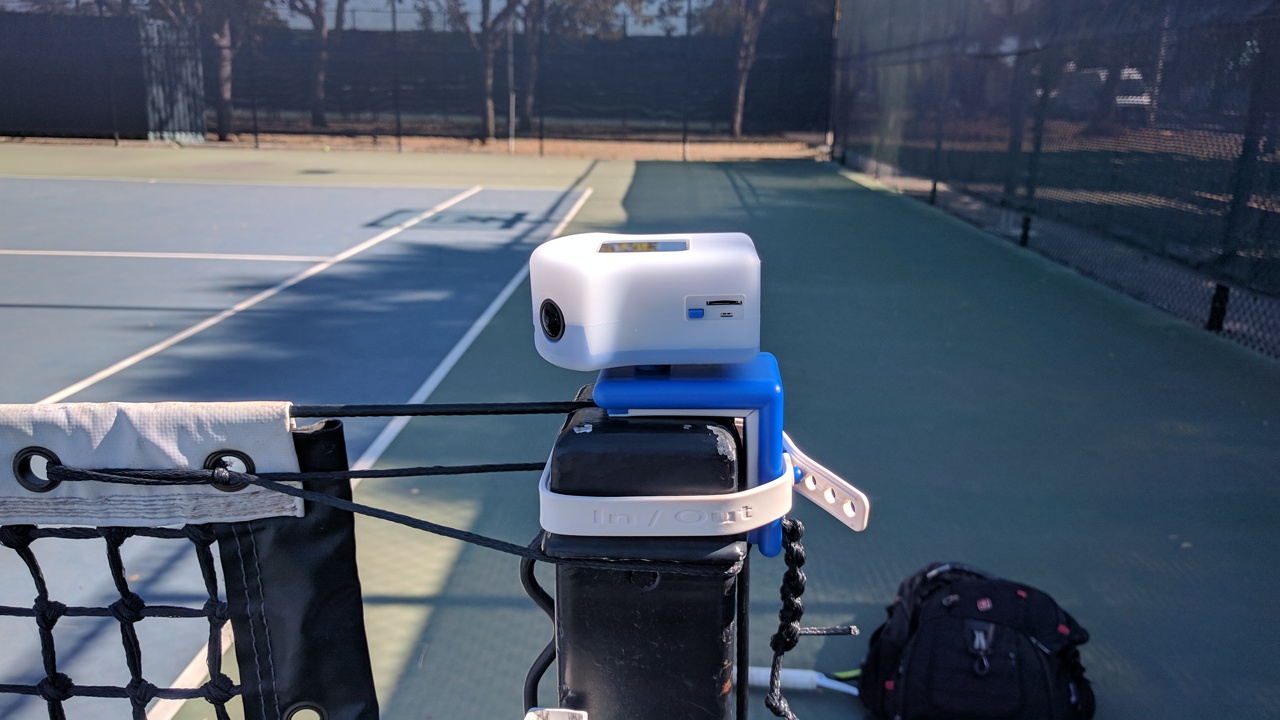 In case of very old net posts, try to be 'inventive' with the L-attachment. Strap it the way you can. Here is a couple of examples: 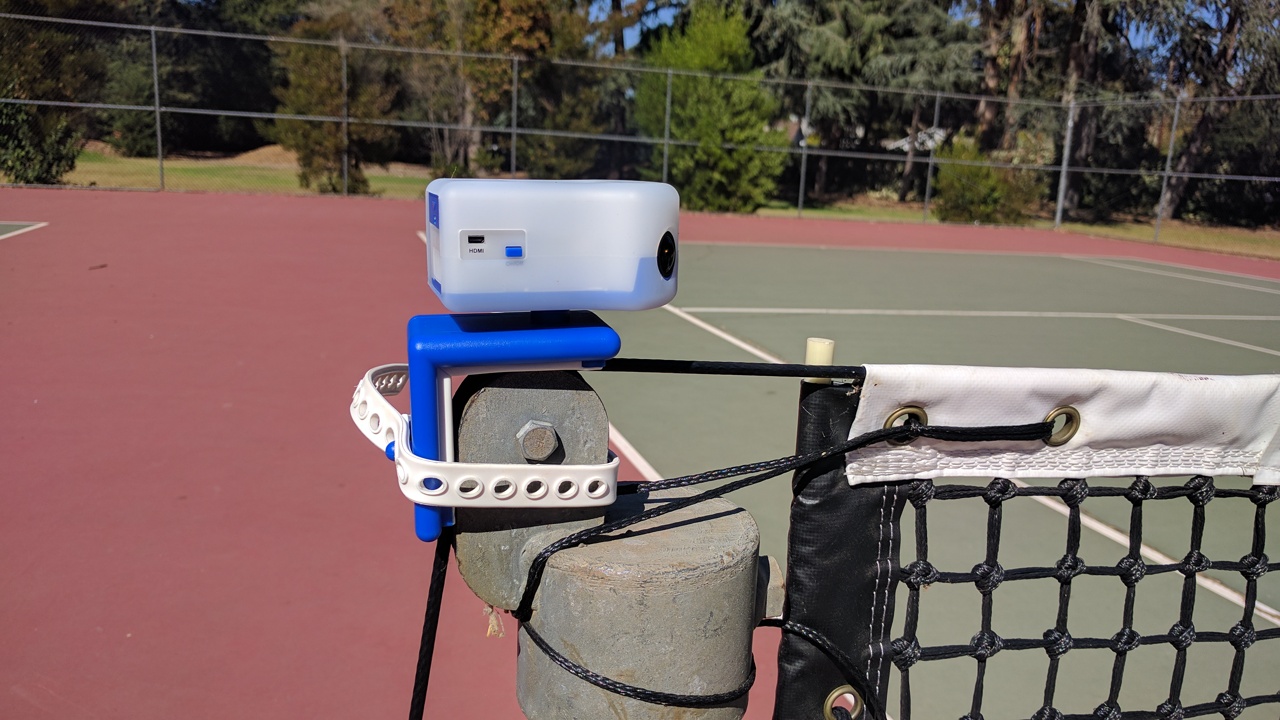 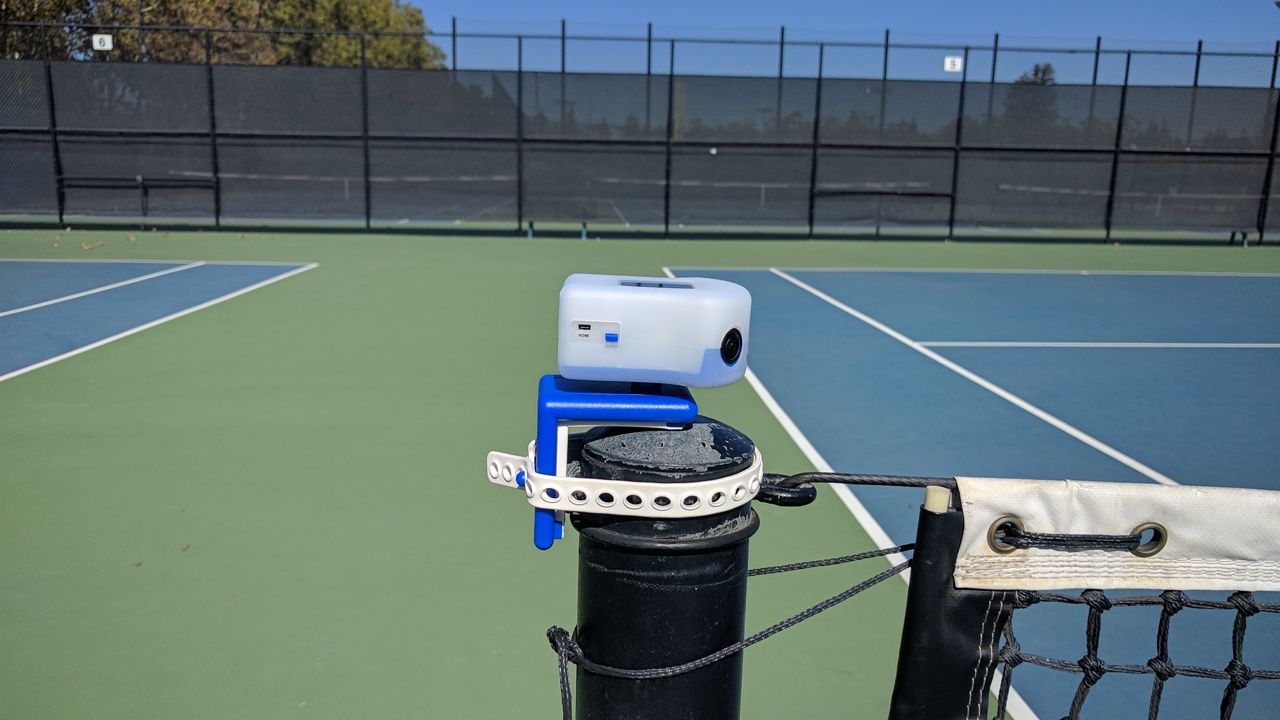 When installing In/Out, think it like you are going to use a camera. Would you take a picture just in front of the sun? Or would you turn around to have the sun in your back?

Here is an example of the same court at the exact same moment taken from the two net posts. You are going to have a much precise line calling system if you install the device on the net post that is in the back of the sun (like on the first picture). 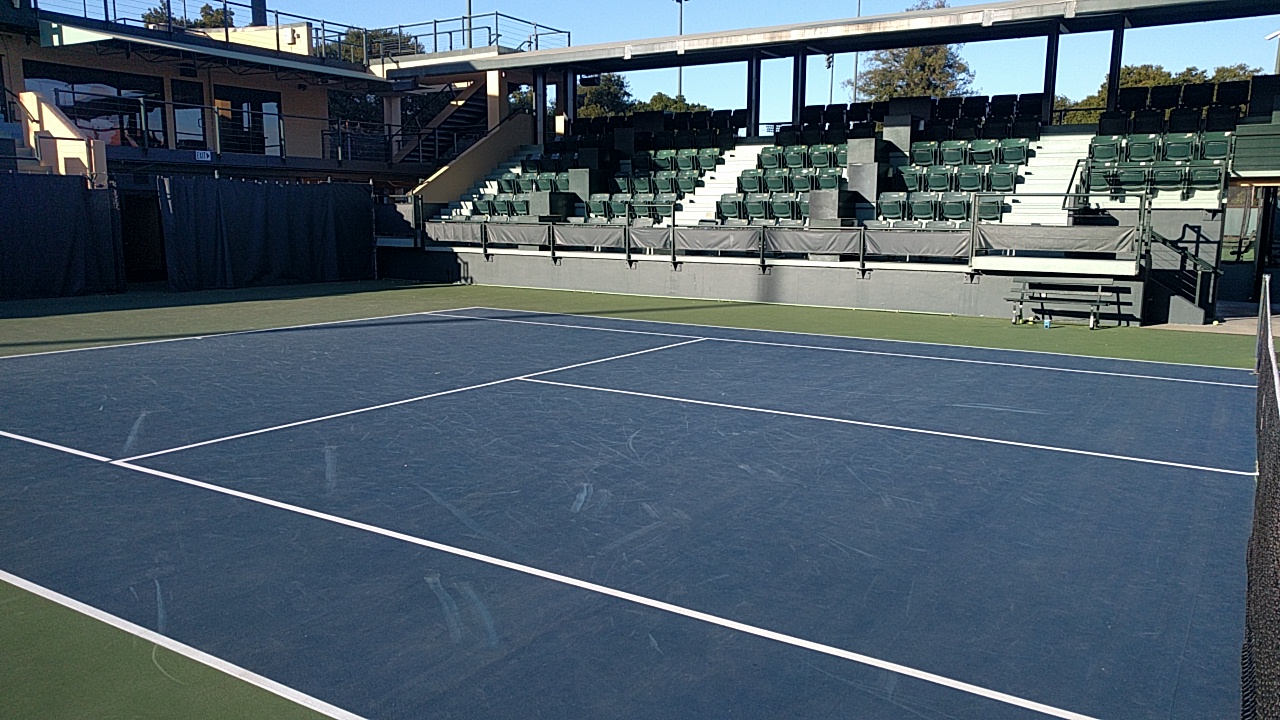 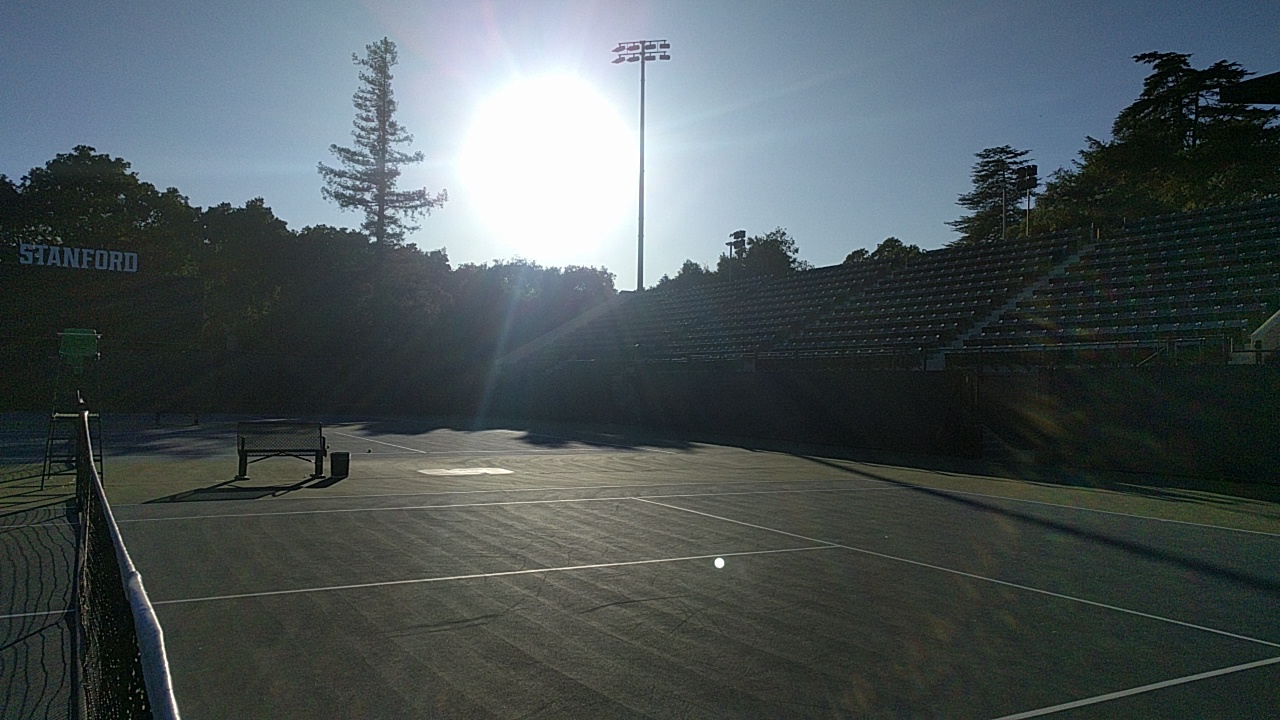 Shadows make more difficult to do line calling and record video. If the shadow is 'irregular' (like generated by a tree), it should be OK. It depends of the situation. 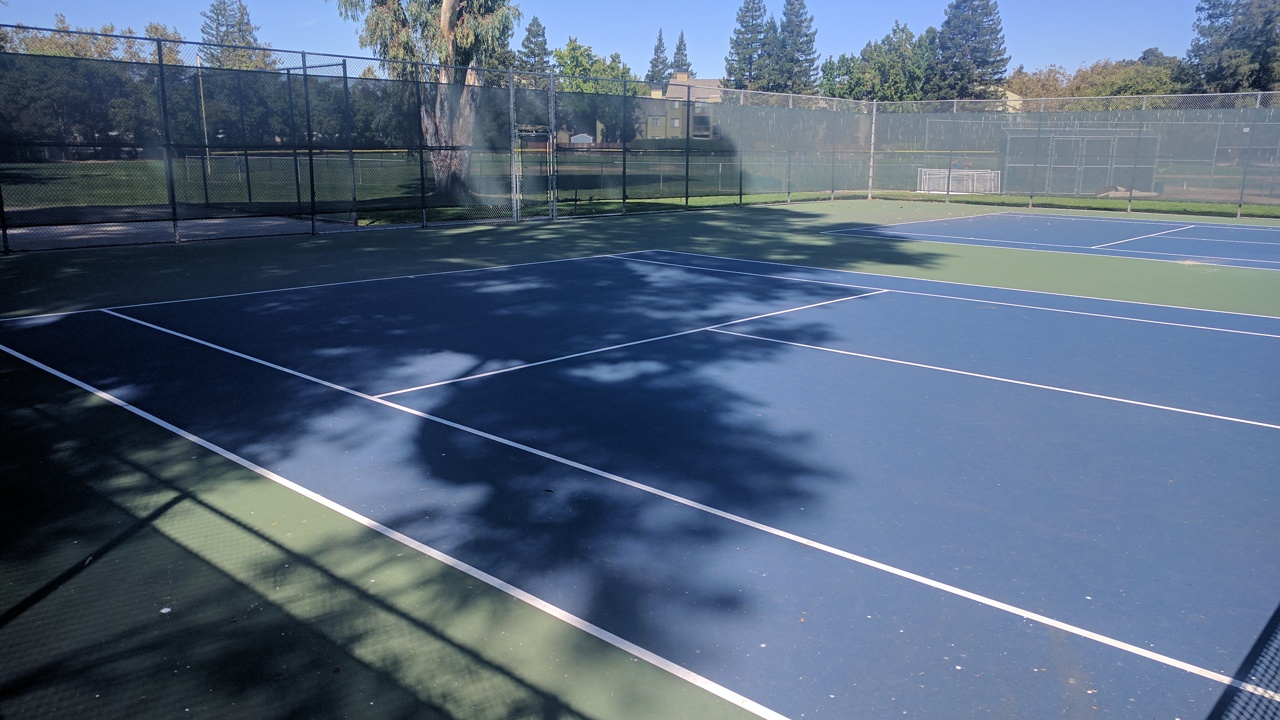 If the shadow produces a 'straight' line near a court line, the detection is going to be much more difficult because the device might be counfused by the virtual line created by the shadow and the real court line.

Important tip: Successive upgrades of the beta will make the detection more and more robust for those challenging situations. 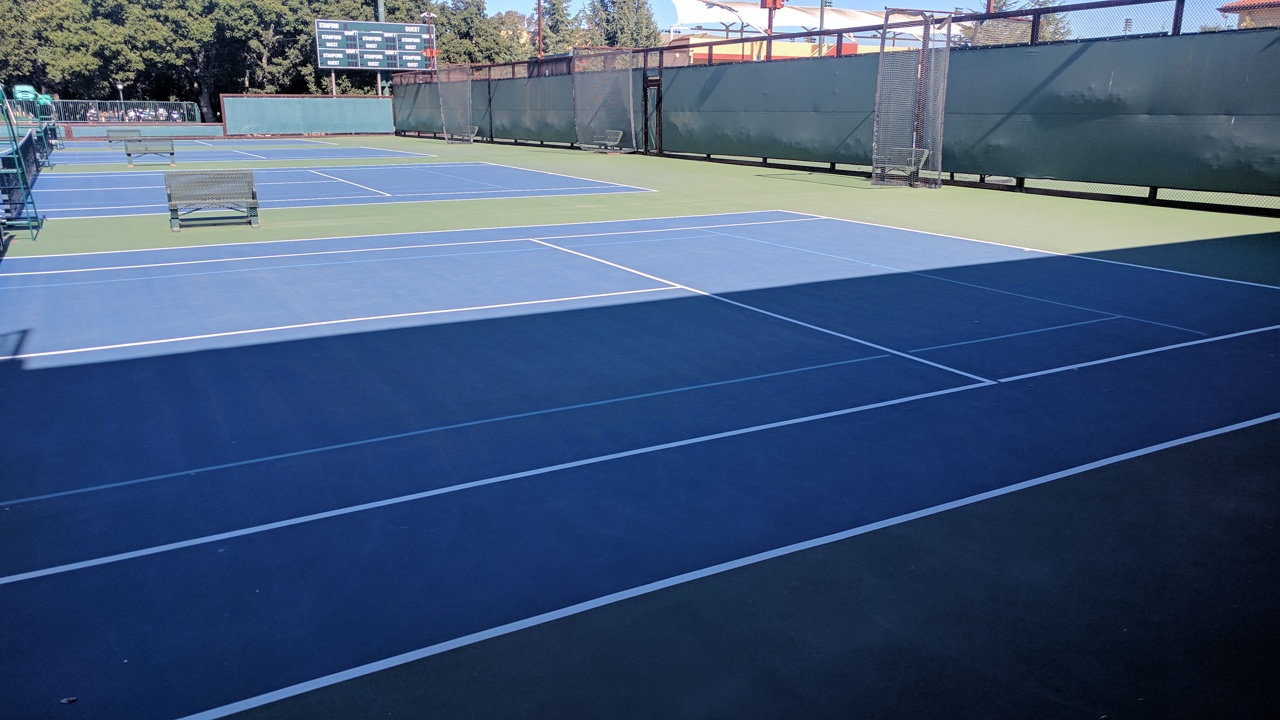 In case you are playing outdoor during night, the lights need to be of good quality. For instance, the setup failed on this example below because the lights were too 'uneven'. Left side of the court was over-exposed with a white area around the service line while the right side of the court was under-exposed because one of the bubble light was broken. In/Out cannot do miracle: garbage in, garbage out. If light is of bad quality, line callling is going to be of bad quality. 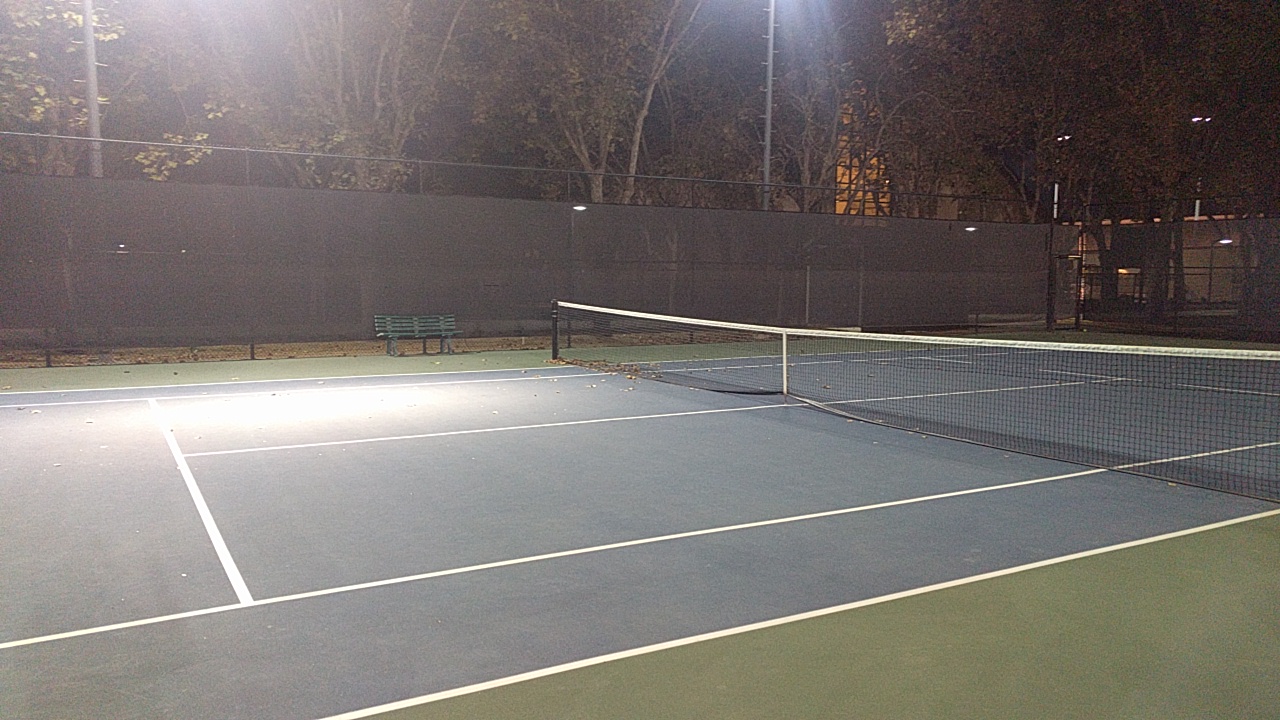 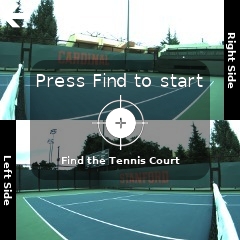 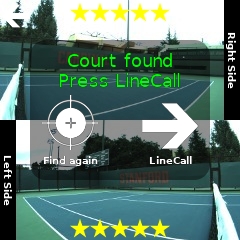 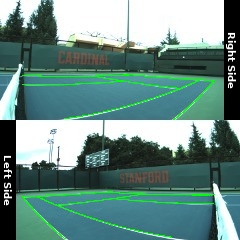 Here is a very good example of a court that is free of anything and that will be very easy to calibrate:

Here are some good and bad examples of calibration.

For instance, if the hand of the person is just in front of the camera, the device isn't going to recognize properly the court.

Here, this is the worst situation possible. Nobody should be just in front of the device during calibration. The device cannot detect the court because the camera field is obsctructed and blocked.

This is another example of the worst situation possible. Nobody should be just in front of the device during calibration. The device cannot detect the court because it's partially obsctructed and blocked.

The following situation is actually OK because the player stands behind or around the baseline. The lines and the corners of the court are not obstructed. The device will successfully manage to calibrate the court in this case.

This situation is not so good because the player obstructs slightly one of the corners of the court lines. Different quality of calibrations will happen in such event.