Learn about the In/Out device! 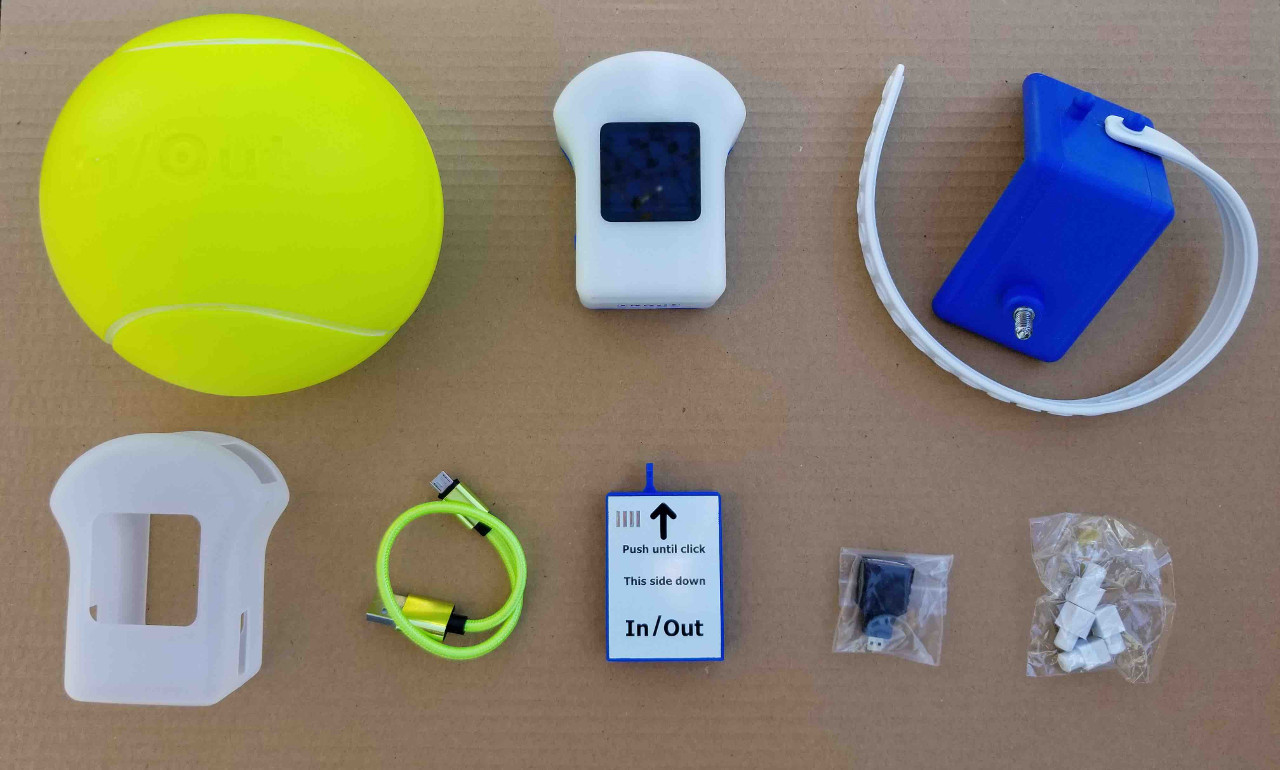 Tip: Make sure to charge the battery before first use.

The device has a power button the right. After inserting a battery, press it to turn on the device.

Preferably, turn off the device by using the red icon in the top right of the screen. Or press the power button once.

Tip: If you press the power button for 4 seconds, the device will hard shut down.

The device has also the following items:

There are four hardware versions of the Net Device:

There are two hardware versions of the Line Device:

Avoid removing the smiley protector. If you have removed the protector, you can put it back like shown in the following video:

Buttons on the Net Device

There are two buttons on the device, one on each side. The right side button is the power button. It behaves like on any phone:

The left button is used only if you want to upgrade the firmware of the Net Device with a microSD card. Then, during boot, you need to press both buttons at the same time as explained here.

Insert a micro USB cable to charge the battery. The red leg goes on. When the battery has finished charging, the red led goes off.

DON'T INSERT THE BATTERY UPSIDE DOWN!!! There is a printout on the white face of the battery stating that "this side is down". So you should see the blue face when inserting the battery. 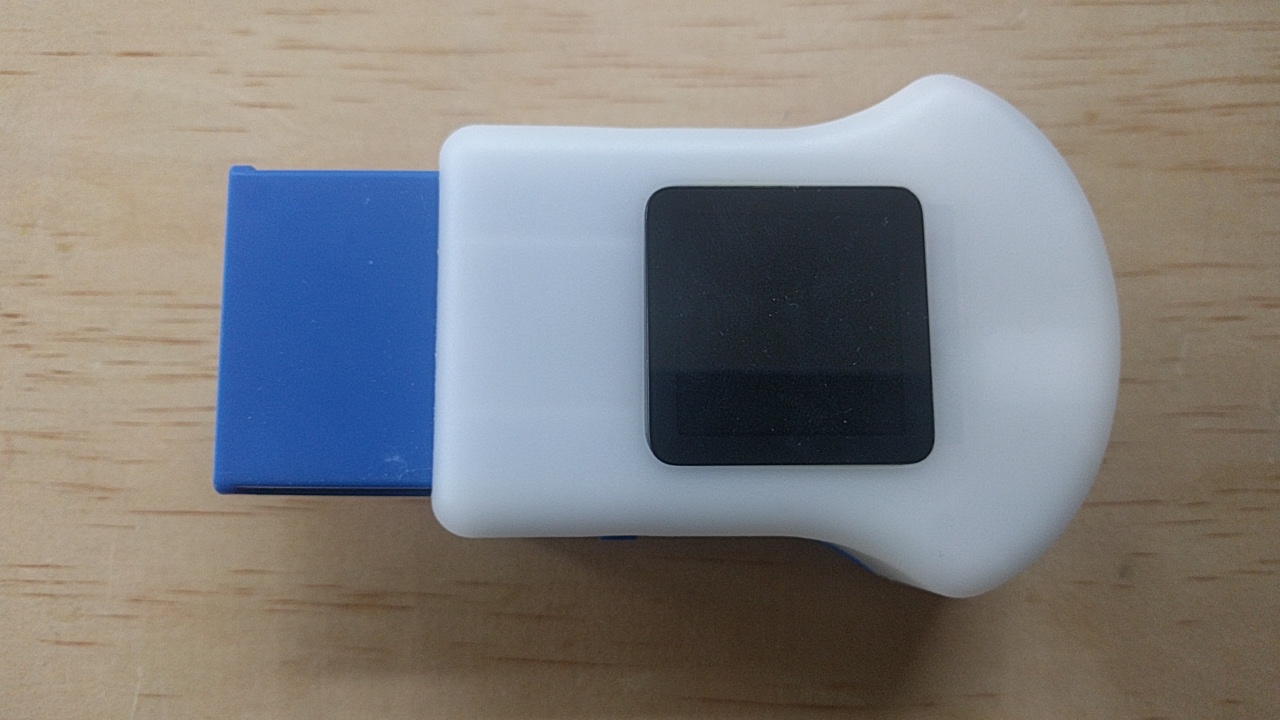 Don't force under any circunstance!

Attach to the blue L-attachment, the side of the band that has only one hole.

Tip: Leave the band attached to the L-attachment in the ball enclosure.

Screw the device to the L-attachment. There is no reason to force. The device will continue to screw forever so that you can adjust the angle of the device on the net post.

To unscrew the device, you don't need to force but you need to snap and rotate the device in the counter-clokwise direction. See this video:

Important Tip: When installing on court, it's HIGHLY RECOMMENDED to attach the L-Attachment without the device on the net post first, before screwing the device. See the page "On court".

Important Tip: When uninstalling from the net post, it's HIGHLY RECOMMENDED to unstrap and detach the L-Attachment and the device together. Then unscrew the device as explained above. See the page "On court".

The 4 feet are optional. They can be put to the L-attachment in rare situation where the net cord spool is outside of the net post as shown in the following picture: 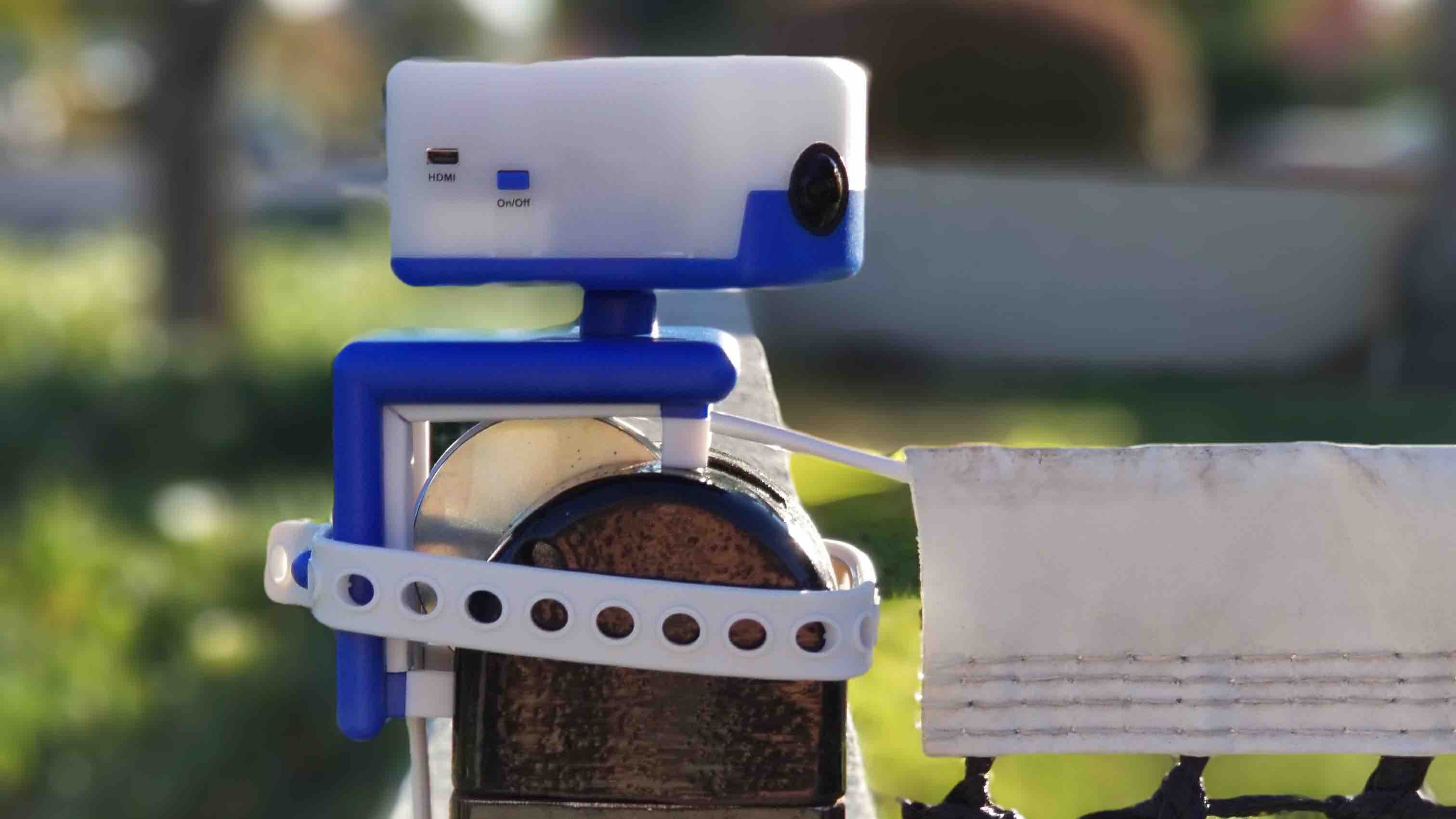